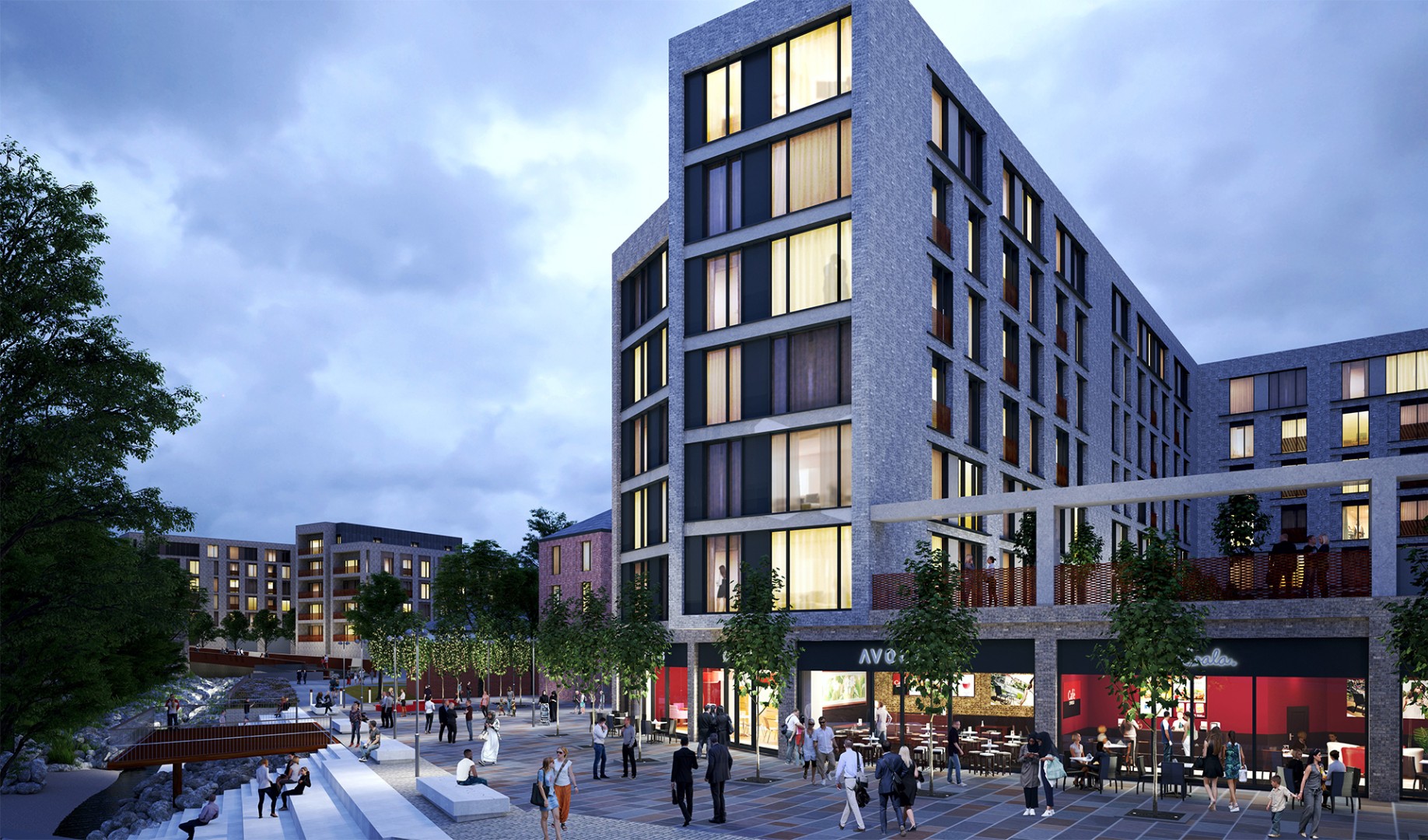 A £150m residential-led mixed use scheme in the heart of Bolton town centre by Muse Developments. The scheme promises a placemaking and public realm-focussed approach to the underused and largely derelict site.

Currently at pre-application stage, it features a residential-led mixed use development including around 320 homes as well as the potential for a hotel, offices, and ground-floor retail and commercial space. There will be a mix of one, two, and three-bed flats along with duplexes and townhouses. Public realm is core to the proposals with a riverside terrace and park proposed around the existing United Utilities pumping station, while a fully-accessible corten-steel footbridge linking Bank Street with the site is also being put forward. The river park will feature steps down to the Croal, making the river an active part of the site.

The site at the moment backs on to the river, and people don’t know it exists so that will become the focal point for the site, as will the churches, the project will in essence rediscover lost parts of the city

Take a look at all our sectors